Steep Lines and Goodbyes: A History of Nike in Skiing 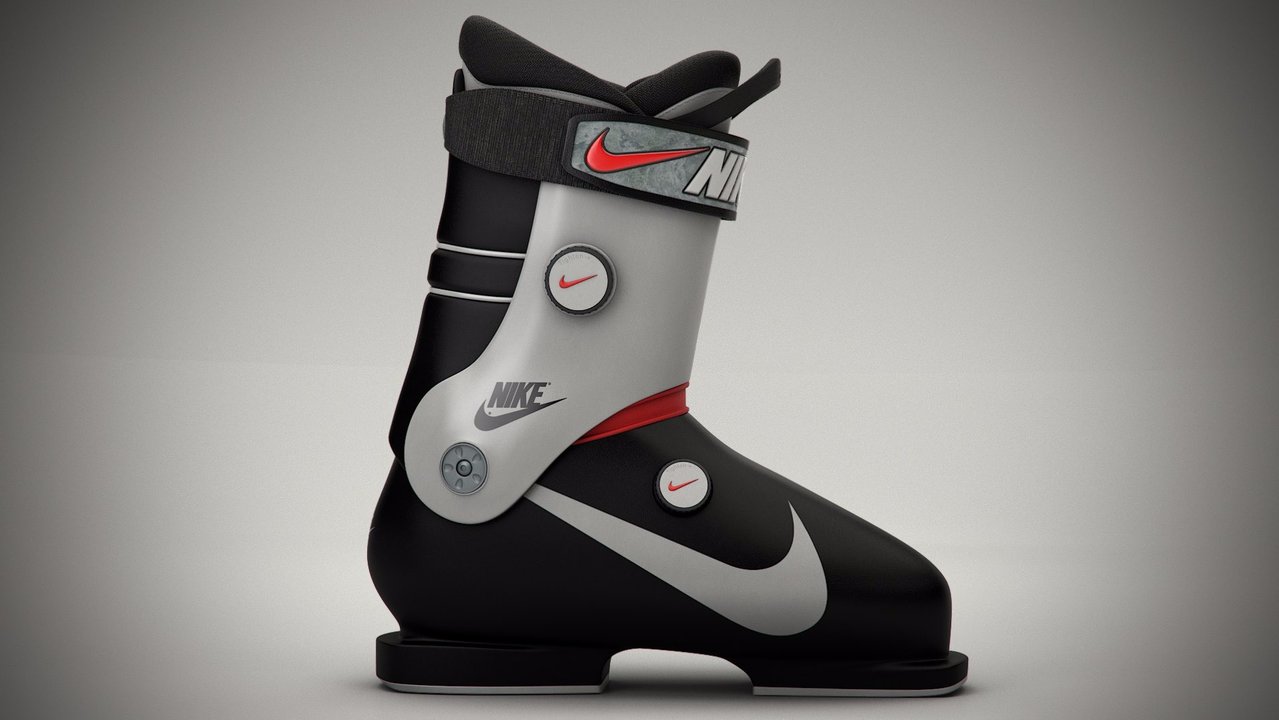 Nike Ski Boot Render
In the world of performance athletic apparel, there is not a brand more infamous or culturally relevant than Nike. The Oregon sportswear giant has made its imprint within virtually every discipline of sport and culture, cementing their apparel as a mainstay from marathoning to skateboarding. Nike has also permeated into the world of high fashion and street style alike through collaborations with companies such as 1017-ALYX-9SM and Off-White, as well as local boutiques like Boston’s Bodega. Nike continues to cultivate new audiences through its network of sublabels, product innovations and contemporary collaborations. ACG Storm Fit - Avaliable Now
Beginning in the late 1980s, Nike entered the world of outdoor sports with its ACG (All Conditions Gear) line of clothing. The popularity and growth of outdoor recreation through the 1990s and early 2000s fueled innovation in the sub-label. From mountain bike to kayak shoes, the ACG line incorporated innovative shapes, fabrics and construction into their designs. As the popularity of these activities dwindled following the 2008 financial crisis, ACG’s offerings slowly began to shrink and the line transformed into servicing consumers with products inspired by outdoor culture but not necessarily catered towards those seeking the highest performance. 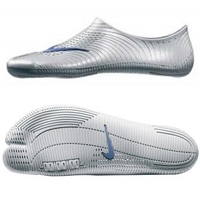 Nike Grigoros Kayak Shoe (2008)
At the turn of the millennium, action sports began to again capture the attention of the world’s teenagers. ESPN’s XGames brought skateboarding, snowboarding, BMX and freeskiing into living rooms around the world. As cities began to break ground on public skateparks and local ski hills began to construct terrain parks, Nike anticipated longevity within these emerging markets and began catering products for athletes who participated in extreme sports. While skateboarding received its own division right out the gate, Nike began its journey into snow sports under the already existing ACG label. Snowboarding eventually received its own product in the form of snowboarding boots. Freestyle skiing, an emerging niche in the universe of snowsports however, did not receive the same treatment. ACG Stormfit - Avaliable Now
The history of Nike and skiing dates back to the early 2000s during the ‘lungs’ era of ACG. The brand released jackets, pants and other apparel engineered for snow sports with water repellent fabrics, powder skirts and performance cuts. Nike pushed ACG and skiing heavily within the European market, supporting local events, stocking major distributors (such as Blue Tomato) and sponsoring freeski legends such as Richard Permin and Andreas Hatveit. The brand also kept a presence within the North American market, sponsoring contests (XGames) and selling products at freestyle oriented shops (a tactic similar to that used with Nike SB). Nike ACG Ski/Snowboard Line 2006/2007
Photo/Styling: Blue Tomato
2007 brought ACG Sweetspots, a campaign showcasing ACG athletes within the respected disciplines of freeskiing, bouldering, BASE jumping and kayaking. The series spanned 28 episodes over 2 years, documenting the travels of skiers such as Paddy Grahm and Sverre Lilliquist (as well as Permin and Hatveit) spanning from British Columbia to Iran. These videos targeted a more mature and adventurous market, focusing on backcountry and big mountain skiing. The product line reflected this market by equipping jackets and pants with features such as GORE-TEX membranes and RECCO reflectors as demanded by ACGs athletes.
Sweetspots No. 26 - Sverre Liliequist at Mica Heliskiing in British Columbia
Sweetspots No. 28 -  Eva Walker & Friends Ski Touring in Iran Nike ACG Ski/Snowboard Line 2009/2010
Photo/Styling: Blue Tomato
What was most intriguing about Sweetspots is the place it holds within the greater context of Nike. The series was crafted by the European PR agency KAOS in an effort to create an ‘industry leading digital campaign’. According to KAOS’ case study, the initial episodes of the campaign showed high consumer engagement within skiing, but not kayaking, bouldering or BASE. Subsequently, Nike stopped supporting these sports, doubling down on extreme skiing. Nike 6.0 ad featuring Sammy Carlson
Photo/Design: Paul Gaerlan
The success of Sweetspots gave Nike the metrics and confidence it needed to begin penetrating the North American market. Freeskiing was growing and progressing faster than ever in the mid-to-late 2000s. Skiers were reaching new heights and spinning more, terrain parks were being built with more precision, and the XGames continued to be the pinnacle of the sport. Freeskiing became more legitimate with talks of the slopestyle and halfpipe disciplines becoming Olympic events and development programs were implemented across the world. With the IOC suddenly in the picture, Nike saw the potential gains of expanding its presence within freeskiing and similar action sports. In 2005, Nike launched its 6.0 subdivision breaking into the action sports world. Nike also began to shift its skiing presence away from ACG and towards 6.0, eventually ending the ACG ski line around 2010. 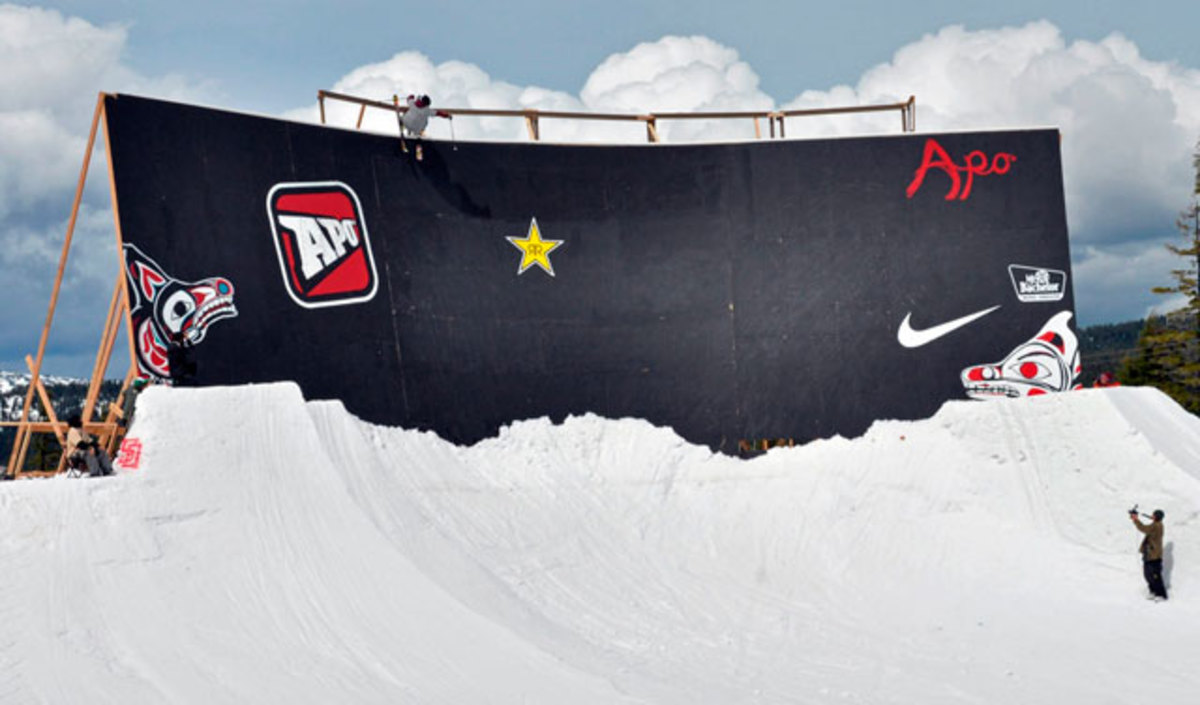 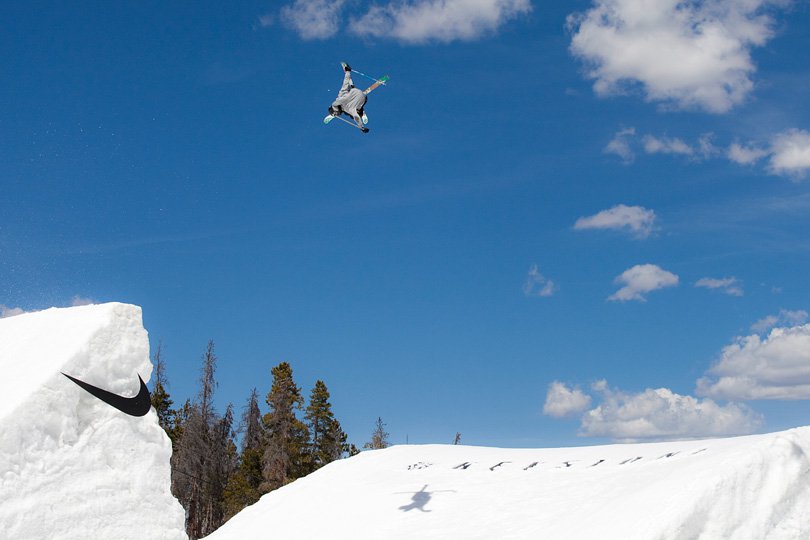 Nike 6.0 Kampi Jacket
However, skiing was yet to receive any specific division or product from Nike. Under 6.0, Nike continued to create snow sports outerwear, though it was rid of the technical features of past ACG lines and instead brought vibrant colors, loud patterns and baggy cuts. Nike licensed its swoosh to glove manufacturer POW and Dragon Optics for goggles. Nike even manufactured snowboard boots, infamously worn by Pharrell. As the world’s dominant performance shoe manufacturer and with roughly a decade in the game, it seemed only inevitable that Nike tackled the pinnacle of technical footwear, the ski boot. 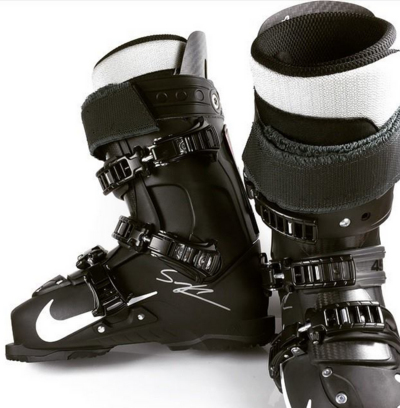 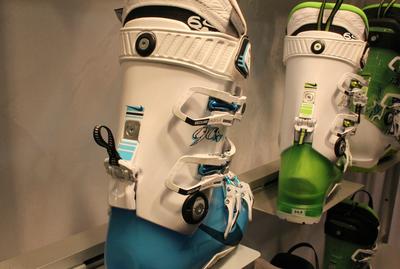 Nike 6.0 x Lange Photoshop
However, the product ceased to ever exist. Rumors circulated for years amongst message boards like Newschoolers, providing the internet with a slim picking of mockups and photoshops. Sammy Carlson was even seen sporting the swoosh on a pair of boots in Mammoth Baby. However, ski boot manufacturer Nordica confirmed it was nothing more than a sticker. Though there seems to be evidence that Nike was considering taking on the production of a ski boot, it is unknown whether they would have developed a standalone model or simply just licensed the swoosh to a manufacturer such as Nordica. The later option was more likely, given then high costs of R&D and production for ski boots. 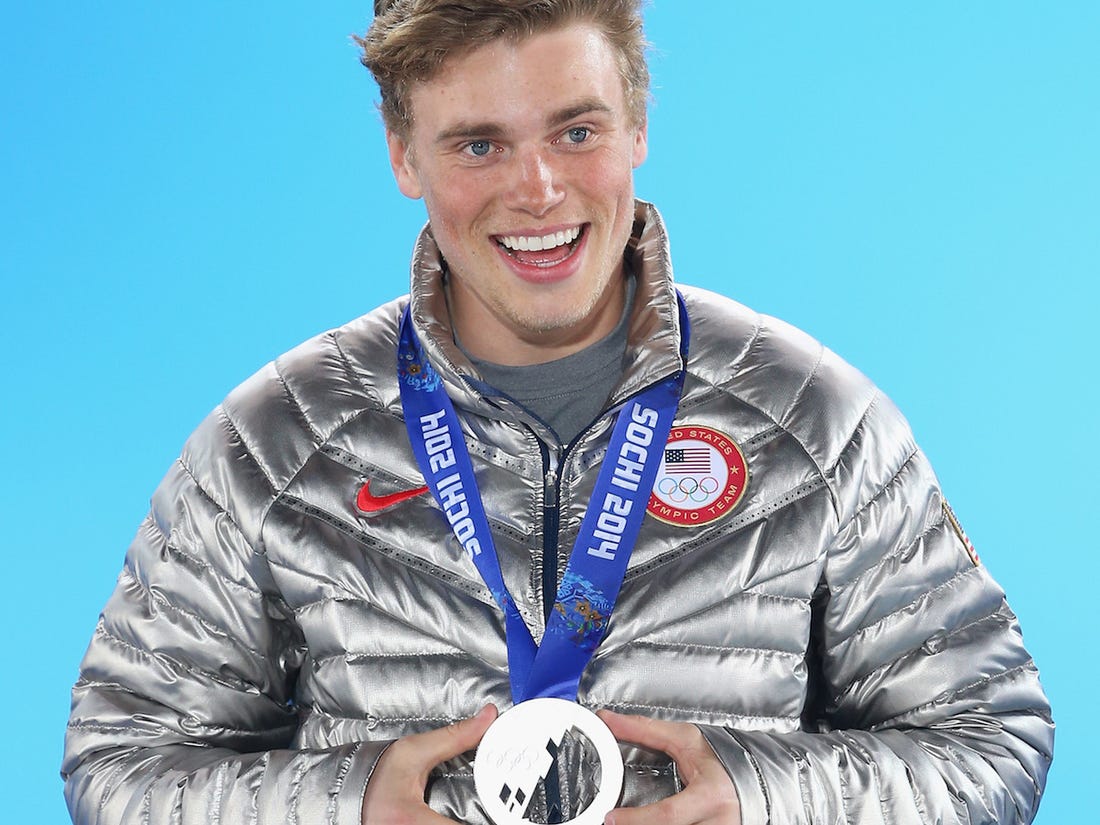 Gus Kenworthy takes silver in Slopestyle at the 2014 Sochi Olympics
Photo: Quinn Rooney/Getty Images
Nike 6.0 came to an end in 2013, dropping all athletes other than its skiers and snowboarders and placing them under ‘Nike SB’. Then, in October 2014, months after freeskiing’s Olympic debut in slopestyle and halfpipe (and rider Gus Kenworthy receiving a silver medal), Nike announced that it would be pulling out of snowsports entirely. According to its 2014 fiscal reports, Nike was growing within all of its divisions except action sports. Given the geographic and monetary inaccessibility of skiing and snowboarding, the decision was dictated by the company's bottom line. Andreas Hatveit - 2007 ACG Campaign
Photo/Design: Thierry Peuchot
Like surfing and cycling before it, Nike’s foray into the world of skiing failed to resonate with core consumers, making Nike unable to establish itself as a brand which defined these sports. Unlike skateboarding, Nike never went all in on skiing. A full, ski-specific line was never created and though rumored, the footwear giant never brought to market a ski boot. Like skateboarding however, Nike was met with criticism and discourse over its presence in the skiing community. Skiers, like other action and adventure sports participants, are highly protective of their respective subculture(s). Many find it intrusive when corporate interests attempt to make a quick buck on something they have dedicated a lifetime to. Though they supported a handful of skiing's top riders and contests, core skiers were not buying Nike. Rather, it was the casual skier who purchased Nike snowsports gear at outlets on annual vacations. Those dedicated to the craft were turning to brands more representative of the culture and, frankly, those which made higher quality products catered towards the needs of freeskiers.

Nike 6.0 Team Cat Skiing in British Columbia. Riders: Sammy Carlson, Jossi Wells, TJ Schiller, Simon Dumont
Nike was not the first, nor will it be the last corporate giant to enter skiing, let alone the action and adventure sport industry. Would Nike still be in skiing if they created an entire ski-oriented product line? Doubtful. The ski industry in general, let alone freeskiing, is a small, niche market inaccessible to a majority of consumers. Snowsports are expensive, seasonal, and geographically constrained. After the Great Recession, many households became strapped for cash, leaving luxuries like skiing out of the picture. Growing wealth inequality, climate change and corporate mergers are making snowsports less accessible than ever, thus shrinking the market. In addition, Nike was competing with industry leaders such as The North Face, Salomon and K2 in an industry which they had little history or credibility. Nike’s venture into skiing may have been doomed from the start, but that does not mean it lacked success. The money Nike put into skiing helped take the sport to new heights through the support of its athletes, contests, and content. Though Nike may have ended its chapter within skiing, its name will always be an integral part of its history.
Image Sources:
https://www.newschoolers.com/news/read/The-Greatest-Ski-Product-Existed
http://www.eco-foryou.com/product/kayak-shoes
https://addump.wordpress.com/2011/09/29/nike-acg/
https://www.snowboarder.com/gear/nike-kampai-jacket-2011/
https://www.newschoolers.com/forum/thread/799133/Sammy-C-Nike-x-Nordica-Boot-
https://www.newschoolers.com/forum/thread/687179/NIKE-ski-boot
Back to Logbook
Use left/right arrows to navigate the slideshow or swipe left/right if using a mobile device